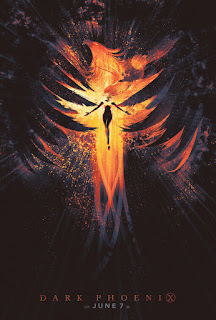 Take a franchise filled with grotesque characters, plan a couple of gory money shots, and tie them all together with some superfluous plot fillers - what do you get? It’s a horror flick that also happens to be a video game adaptation. I knew it when I saw James Wan credited as one of the producers. The good: the money shots delivered. Some of it were even pretty clever. As a Mortal Kombat fan, you will be satisfied by all the callbacks and all the blood and gore. Hiroyuki Sanada really added a lot of legitimacy to all the daftness that’s happening. Sub-Zero was easily the best villain, played menacingly by Joe Taslim of The Raid fame. Kung Lao was great! Lewis Tan isn’t bad as the eye candy lead. And there’s proper martial arts, yes! Not too bad and could have done with a little bit more, but at least some effort was put in. Also, that opening scene was so classily done that I was a bit shocked the production design and filmmaking quality started to dramatically nosedive from that point on, which brings me to... The bad: The set designs were really cheap-looking, like Sonya Blade’s crib that looked like they just randomly picked and shot the nearest junkyard they could find, and the more exotic locales like Raiden’s temple and the Outworlds felt like recycled Star Trek TV sets, and felt small and cheap. There are many TV shows nowadays that looked better than this. But what’s worse was how disjointed the movie felt. It’s as if there were 10 different directors shooting it. The filmmaking quality varies from segment to segment. The writing and the editing; not good. Bottom line: if you’re a fan, you will at least watch it. Non-fans should just treat it as a low-budget horror of the week, and you wouldn’t feel so disappointed. And if you’re wondering which is better to me - it’s those YouTube shorts that some guy did that had Katie Sackoff in it. They were far superior on every level except the money shots. RANDOM THOUGHTS: - When Liu Kang appeared, I was really holding out hope that it was Robin Shou. But dude’s turning 61 this year - SIXTY ONE! So it wasn’t him. Some other guy. - Tadanobu Asano was Raiden??? Yes, it’s Hogun of The Warriors Three himself! But jeezus, he wasn’t good here. He’s a good actor, but he looked uncomfortable doing this for some reason. - Chin Han, the guy who Batman grabs from Hong Kong in The Dark Knight, and also Togusa in the live action Ghost in the Shell, plays Shang Tsung. He’s also Singaporean like me. Sadly, he didn’t make me forget Cary-Hiroyuki Tagawa. Tagawa is better by far. - The Mortal Kombat theme wasn’t very well-used here. The 1995 film did it better and saved it for the best moments.
Posted by THE BIG MOVIE FREAK at 8:28 AM No comments: