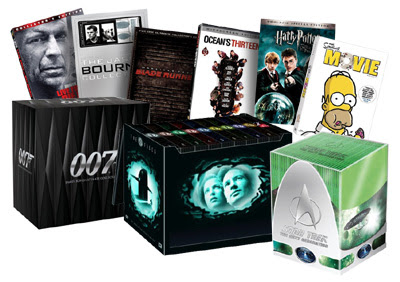 Christmas is just around the corner, and what better time to drop some hints onto your friends about what you're hoping to see most in your X-mas stockings! (Preferably those that'll be too big to fit into said feetwear; refer to pic, ahem!)
DVD highlights for the month:

Posted by THE BIG MOVIE FREAK at 3:10 PM