This week's highlight: The Forbidden Kingdom

There was another movie from last week that I thought would be good, which was Three Kingdoms: Resurrection of the Dragon, but you guys already made it a hit in Singapore. It had Andy Lau, Sammo Hung and Maggie Q in the same movie, but that still can't beat Forbidden Kingdom's uber team-up of the two big Js of martial arts movies, Jackie Chan and Jet Li. Sneaks this Friday, everywhere. Be prepared, though. It's in English. Who cares? Yuen freakin' Woo Ping did the fight choreography, so it's going to kick ass, no matter. 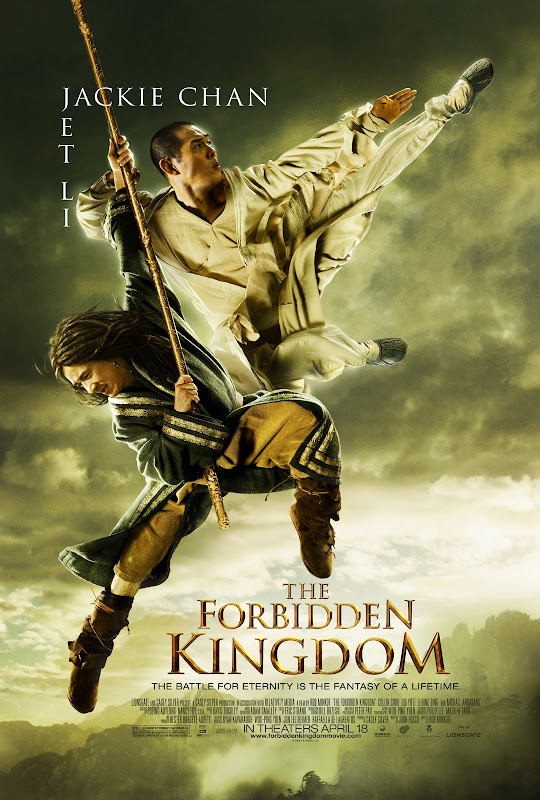